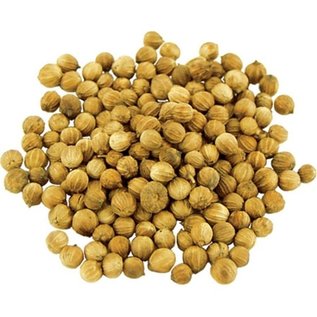 Coriander has a subtle flavor & aroma that is warm, spicy, nutty, slightly fruity, and complex. It is used in brewing some wheat beers along with other spices to give these beers a light and refreshing flavor with a hint of spice.

Coriander is often used in combination with orange peel, in Belgium beers and sometimes with cardamom seed as well. Coriander adds floral, citrus, and spicy notes to beers.